mailto:GretaThunbergMedia@gmail.com
April 6th, 2019
No answer yet !

Dear Greta,
I take my hat off to your achievement to activate a movement of young people around the world. It is encouraging to see the youth of the world having common goals. I wish that this movement may unite the young generation in more than just this immediate purpose, but also stimulate friendship among individuals, among different nations and among ethnic cultures. I wish that this movement may make the world more peaceful, less violent, and more concerned about the well-being of nature, environment and of all living creatures including mankind.

For at least 120 years, climate scientists have been claiming that the climate was going to kill us, but they have kept switching whether it was a coming ice age, or global warming. When I was a student in the late 1960s and early 1970s, we demonstrated against the rise of a new Ice Age because from 1940 to the middle of the 1970s climate became colder, although CO2 concentrations increased (see Figure 1). 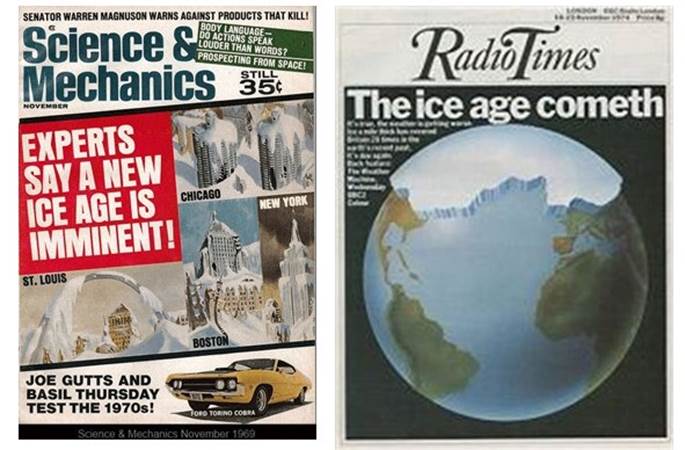 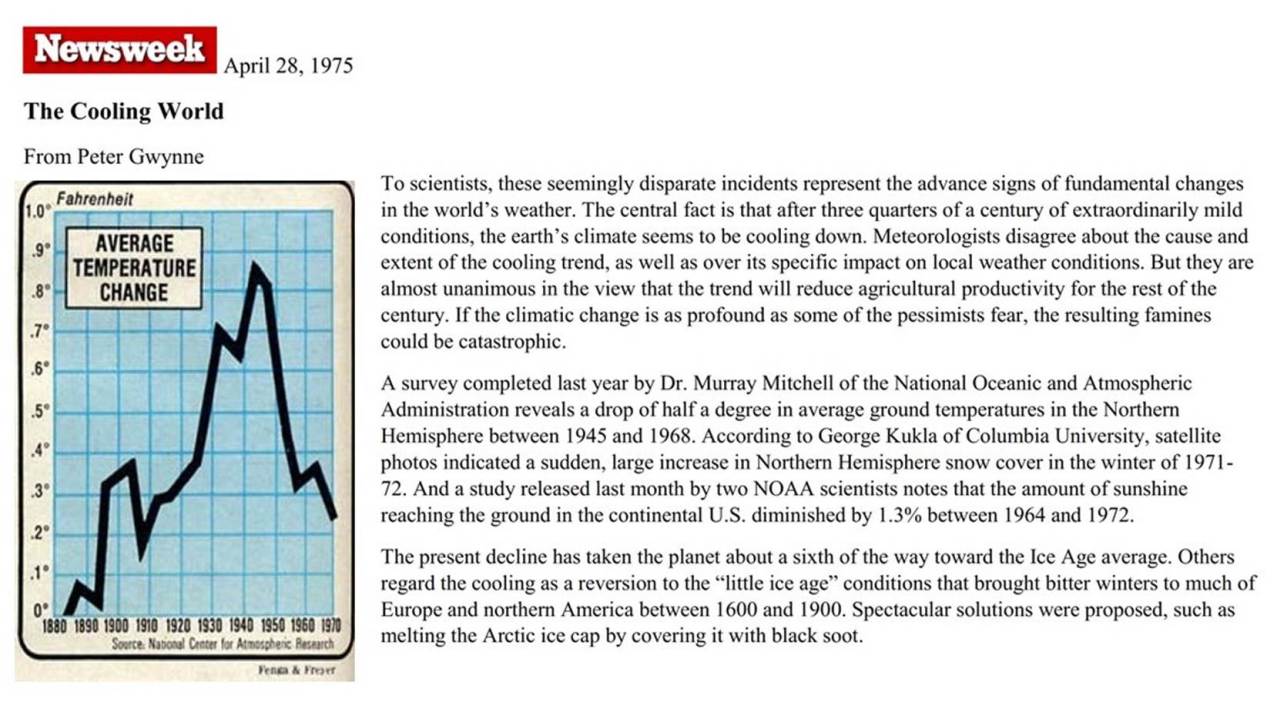 Towards the end of the 1970s, the US Academy of Sciences issued a report stating that taxpayers‘ money was needed to combat the dramatic global cooling and many eco-activists shared the same view. But in the 1980s global temperature started to rise (see Figure 5), and now the same academy says we need to use taxpayers‘ money to stop the warming. 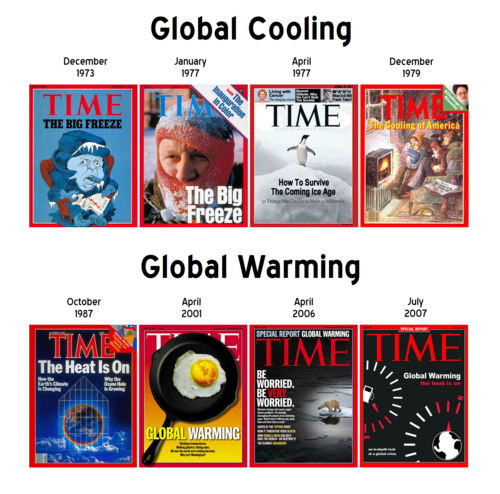 In 1971 James Hansen and S. I. Rasool predicted a new ice age. On July 9, 1971, the Washington Post published an article entitled: „U.S. Scientist Sees New Ice Age Coming“. The article described a prediction by NASA and Columbia University scientist S.I. Rasool. The blame for the coming ice age lies with the burning of fossil fuels. The Washington Post reported that Rasool writes in Science that „within the next 50 years,“ the fine dust that humans blow into the atmosphere through the combustion of fossil fuels will reflect so much of the sunlight that the Earth’s average temperatures could drop by six degrees. One support for Rasool’s research, according to the Washington Post, was a computer program developed by Dr. James Hansen, who was a research assistant at Columbia University at that time.

In 1988 the same James Hansen, testified before the US-Congress that his computer climate simulation program indicates “that the greenhouse effect is already large enough to begin to effect the probability of extreme events such as summer heat waves.” That was the same James Hansen who 17 years before saw a new ice age coming – based on the same computer climate simulation program.

30,000 independent scientists and more than 1,350 scientific studies have repeatedly contradicted the unfounded alarmism of the Intergovernmental Panel on Climate Change (IPCC) over the past 20 years. Just for curiosity: “Did you ever read one of these studies?”

If not, here you get the opportunity to do so: http://www.populartechnology.net/2009/10/peer-reviewed-papers-supporting.html

The fact that scientifically proven critics of energy and climate policy are simply ignored or ridiculed is a fatal reminder of how the Church in the Middle Ages froze scientists who imparted uncomfortable factual knowledge.

US Senator James Inhofe, summed up perfectly on 25 September 2006: “Since 1895, the media has alternated between global cooling and warming scares during four separate and sometimes overlapping time periods. From 1895 until the 1930’s the media peddled a coming ice age. From the late 1920’s until the 1960’s they warned of global warming. From the 1950’s until the 1970’s they warned us again of a coming ice age. This makes modern global warming the fourth attempt to promote opposing climate change fears during the last 100 years.”

Just to straighten this out: the founding mission of the IPCC is not to research climate change scientifically, but to prove that it is man who is responsible for global warming (Nigel Calder, former editor of New Science). Bert Metz, member of the IPCC management board, confirms this: „We do not have the mandate to start a general debate!” Richard Toll, Professor of Climate Change Economics and expert for the IPCC: “There is too much climate alarmism, indeed there is strong pressure to formulate the climate reports as dramatically as possible. There are many bureaucrats, politicians and scientists whose jobs depend on the climate catastrophe appearing as bad as possible. In the final version of the IPCC Report 2014, formulations have been changed and statements reversed, which I, as a scientist, cannot support.”

Science is neither a democracy nor a beauty contest! Science is not about who has the most votes, but who has the proof. If you really want to find the truth, you must listen to all arguments, otherwise you are just as hypocritical as the politicians you are blaming.

One last argument: The average temperature on the planet Mars has risen by 0.65°C since the 1970s, although there is no human life on Mars (http://www.wissenschaft.de/erde-weltall/raumfahrt/-/journal_content/56/12054/1017880/Klimawandel-auf-dem-Mars/).  When Mars heats up due to solar radiation, and there is no other explanation for that, the Earth, which is even closer to the Sun, must heat up as well. Neither man nor CO2 are necessary for this!

Although climate history indicates that the sun has strong influence on climate changes on earth, this influence is trivialized by the IPCC. Anyone who believes that man can compete with the power of the sun must be plagued by pathological megalomania! Therefore, money spend on false assumptions is wasted and is not available for other life-saving projects. According to UN estimates, half the cost of the Kyoto protocol could solve the world’s worst problems permanently: drinking water, sanitation, healthcare and education. These are investments that would save lives now, not only in 100 years.